On July 30, 2019, a group of officials and clerics from Imam Hasan Askari Seminary in holy Najaf met with the Grand Shia Jurist Ayatollah Shirazi at the Grand Jurist’s Office in holy Qom.

In this meeting, the Grand Jurist opened his remarks by verse 96 of Chapter of Al-Nahl which reads:

“Whatever you have will end, but what Allah has is lasting.”

His eminence then said:

“You are still young and you study the knowledge of AhlulBayt. You should always remind yourselves that at some point, your predecessors, people like Sheikh Mofid, Sheikh Tusi, and Sayed Bahrul Ulum were young clerics like you. You all have the potential to be as successful as they were, and you can also leave such great legacies that remain for centuries to come.”

“Almighty God says in verse 43 of Chapter of Al-Shura: ‘Indeed, it is due to the strong will.’

This holy verse of Quran, uses a very strong language, to highlight the importance of willpower in all actions. You are still young and you can make a resolution to be pious and committed to your path, in spite of all the hardships that you might face.

In this subject, Imam Ali (peace be upon him) said: One who does not hold himself accountable every day, is not one of us. So, he should count out his good deeds and add to them, and remind himself of his bad deeds and ask forgiveness for them.”

At the end of his remarks, the Grand Ayatollah Shirazi stated:

“I pray for your success and hopefully, you will also pray for me at the shrine of Imam Ali (peace be upon him) in your hometown.”

It is worth noting that some of these clerics received religious turbans from the Grand Jurist Ayatollah Shirazi. Furthermore, these clerics visited Sayed Hussain Shirazi, the son of Grand Jurist and listened to statements by this scholar.

“Each and every one of us should concentrate on three factors:

First, it is how to live a life. Second, how to adapt to modern life and its variables. And thirdly, it is how to leave a legacy. All these three factors must be taken into consideration by all people.” 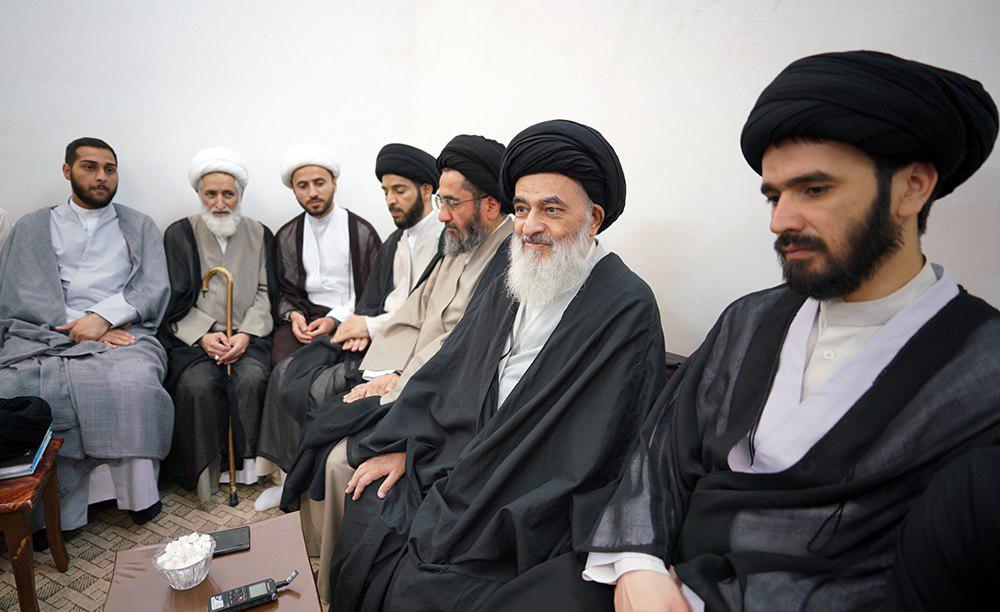 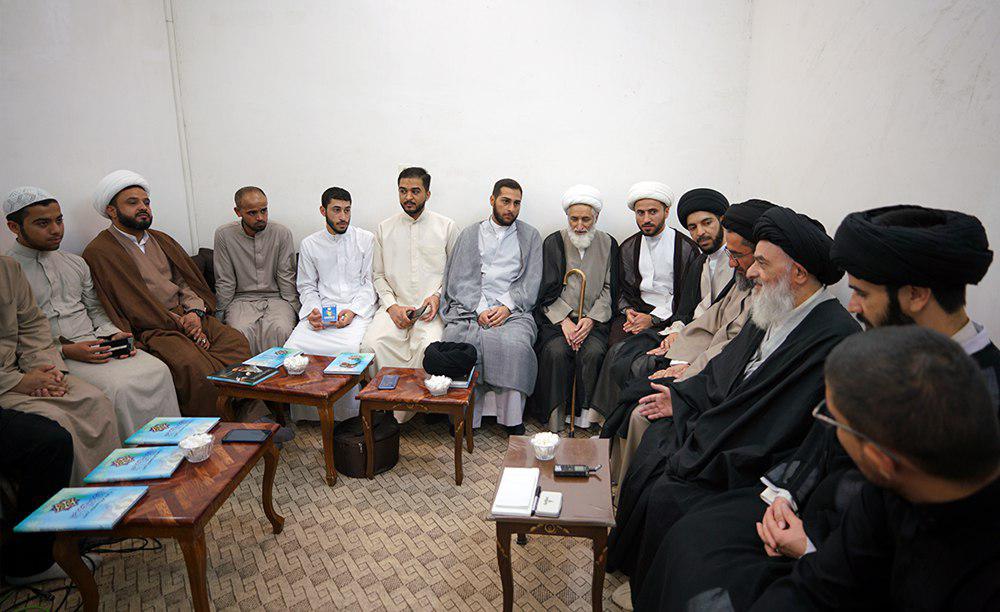 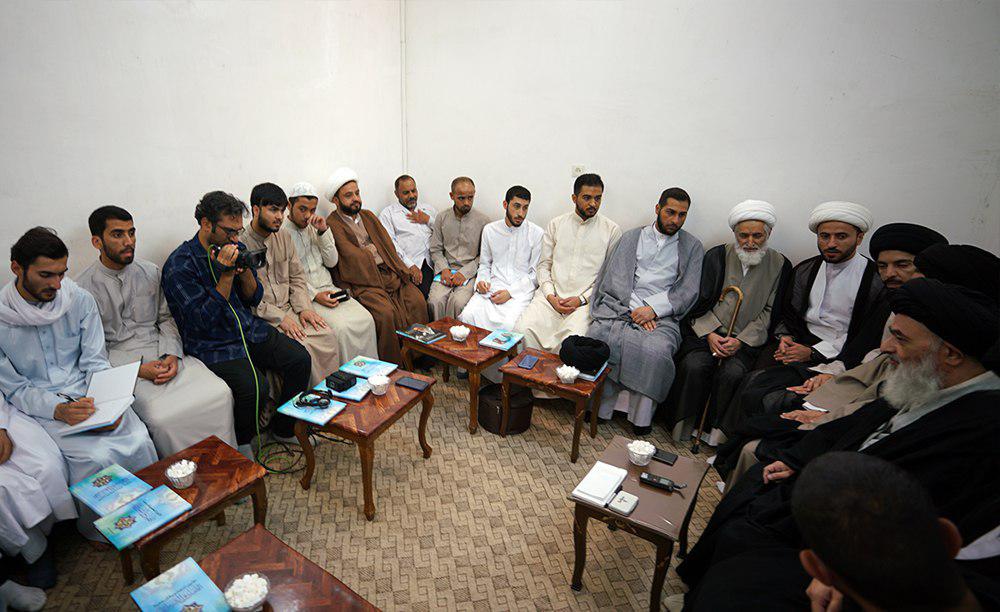 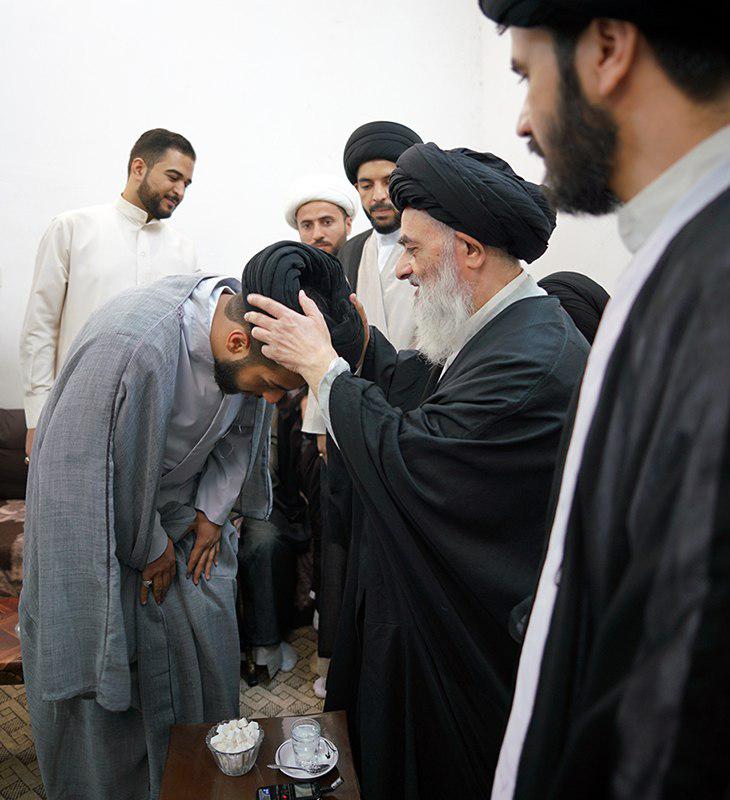 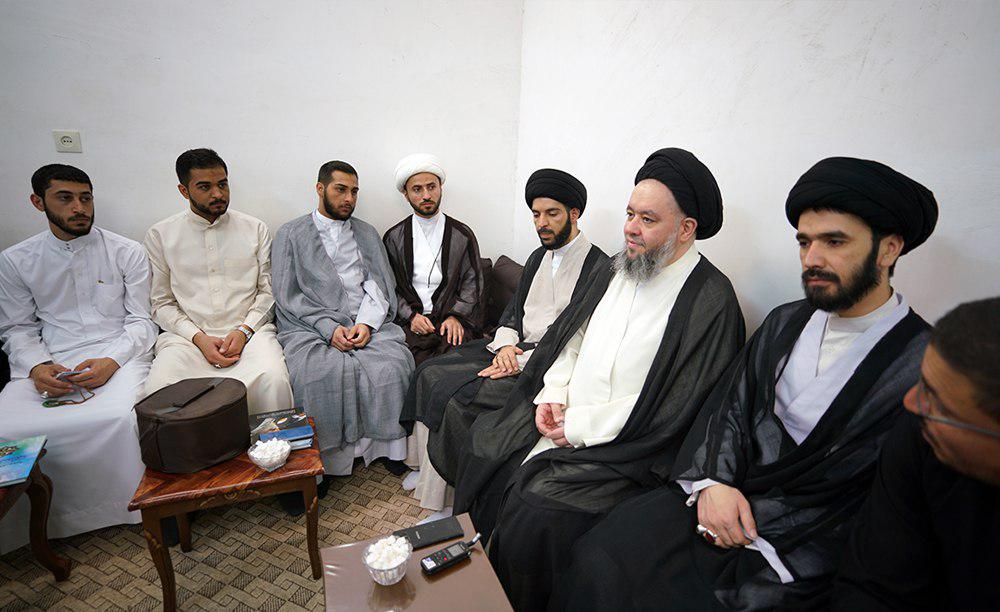 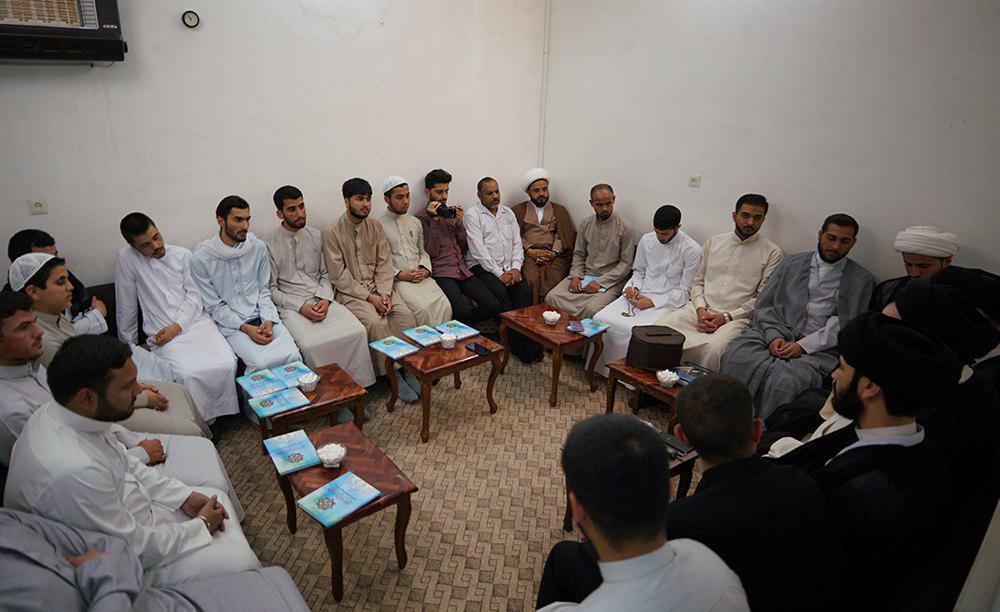